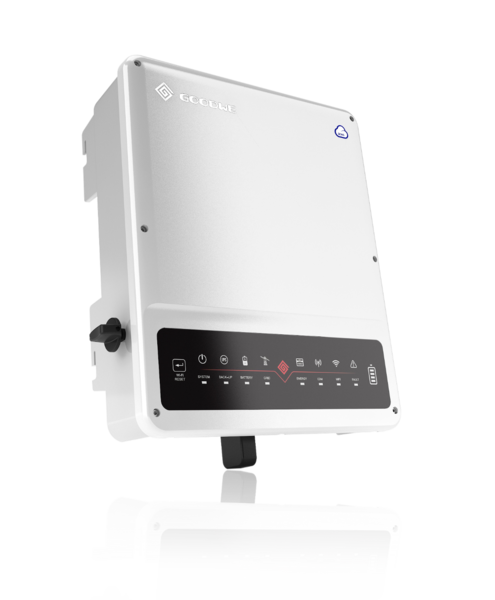 This is a truly battery-ready solar solution. When the time comes to add batteries, you can plug them directly into your existing inverter using an activation code, without any additional equipment. As we know, there’s a trick in the market that connecting batteries to the so-called "battery ready” system may require a second device that you have to pay for. That’s because some players promote their purely on-grid string inverters as battery-ready inverters. In fact, batteries can be added onto any existing solar system as long as they have their own connection to the AC mains grid. GoodWe also provides such kind of AC-coupling retrofit device called "SBP Series” which can be adopted to do the upgrades.

The EHR series, as a battery-ready product, has its unqiue advantages in the application of both on-grid solar systems and energy storage systems. Before an activation code, the EHR series can be used as a single-phase on-grid inverter compatible with bifacial double-glass modules, which allows 12.5A input current per string. It allows 33% DC oversizing to fully maximize capacity and a wide range of MPPT voltage. Furthermore, it’s a perfect match for eco-friendly residential installations thanks to their die-casting aluminium casing, compact size and light weight.

Once the EHR Series is avtivated by GoodWe code, it will be a completely hybrid inverter compatible with high voltage batteries. It can be connected to the very wide range of lithium-ion batteries from 85 up to 450V, with an overloading capacity of 20%. The power deviation from inverter’s AC output to load consumption can be as low as 20W, maximizing solar energy consumption. And it comes with an automatic UPS function that gets activated in 10ms. One of its most remarkable features is that even when it is on back-up mode it can still supply power to large loads such as air conditioners. Besides, it takes less than 10s to switch from grid power supply to PV supply when heavy loads startup, reducing the expensive power intakes from the grid. EHR Series is equiped with pre-wired communication cables and Plug & Play AC connector, which minimizes the installation time and maxize the strong profitability.

Solar photovoltaic and energy storage prices are falling rapidly, while electricity prices continue to rise. Customers want greater control over their electricity, and they want to cut their power bills. GoodWe EHR Series battery-ready inverter is the best choice now with the intention of making it easier when you decide to add batteries in the next few years.