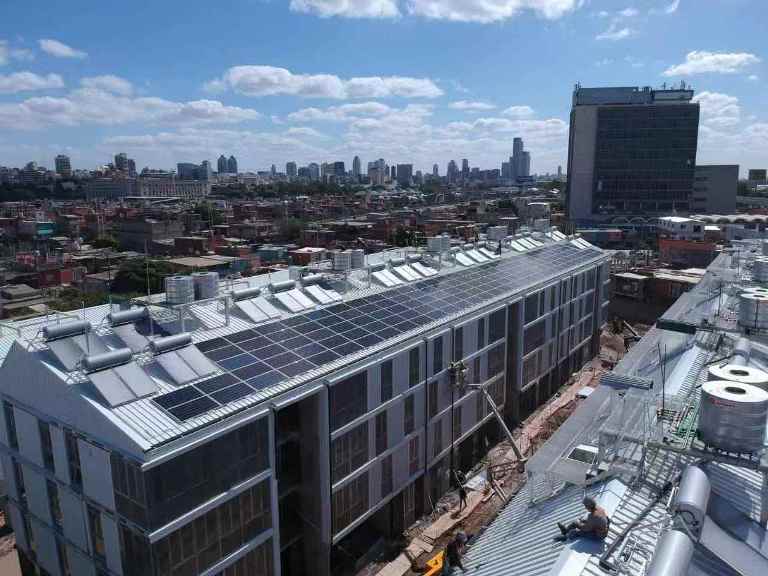 Due to a proven record of successful installations all over the world, the GoodWe proposal, consistent on more than 100 pieces of DT inverters of 10kW (suitable for commercial use) was selected as the best choice in a fierce competition by one of the most reputed Argentinian EPC companies. This project is now owned by the city government and it was partly funded by large international organizations that typically have extremely demanding criteria for selecting suppliers. According to Wood Mackenzie, last year GoodWe became the 7th largest PV inverter supplier in the world, making the company a powerful candidate for this kind of project.

GoodWe has accumulated rich experience in projects aimed at alleviating poverty in isolated communities of China, in which the company inverters help locals generate the electricity they need as well as earning additional income from the sale of surplus to the grid. This Argentinian project is technically different but it has the common element that solar is a practical tool for raising the living standards of the population and in the process, making urban spaces more livable.

The installation is located in a historical part of Buenos Aires where the population used to live in crowded spaces. It was not rare to see illegal plugging into the grid in this area, creating a significant burden for the local government. Thanks to the improved housing that is being constructed, along with brand new GoodWe solar installations, the situation is starting to improve, allowing the inhabitants of that neighborhood to generate a large portion of the electricity they need. This project is a sort of pilot program that has the potential to be replicated in other countries.

The GoodWe DT model is an inverter specially designed for use on commercial and industrial rooftops but it is deployable in residential projects. The majority of the DT models installed on this project are of 10kWs capacity and the reasons behind their selection in Argentina have to do with their low weight, which is 30% lighter than equivalent products from competitors, and the high efficiency they can reach. The customer has also reportedly been impressed by the GoodWe’s SEMS monitoring system that allows operators to see the power generated by the system accurately.

Another positive aspect of this project is the fact that it is based in Argentina, a country that has experienced remarkable growth in demand for solar energy over the past years, consolidating its ranking as the fourth largest PV market in Latin America. The energy industry of Argentina has undergone profound adjustments that have encompassed the approval of new regulations that incentivize the expansion of solar. For GoodWe, Argentina has become a strategic market and the company remains committed to preserving the trust gained and to keep expanding the brand across the vast Latin American region.