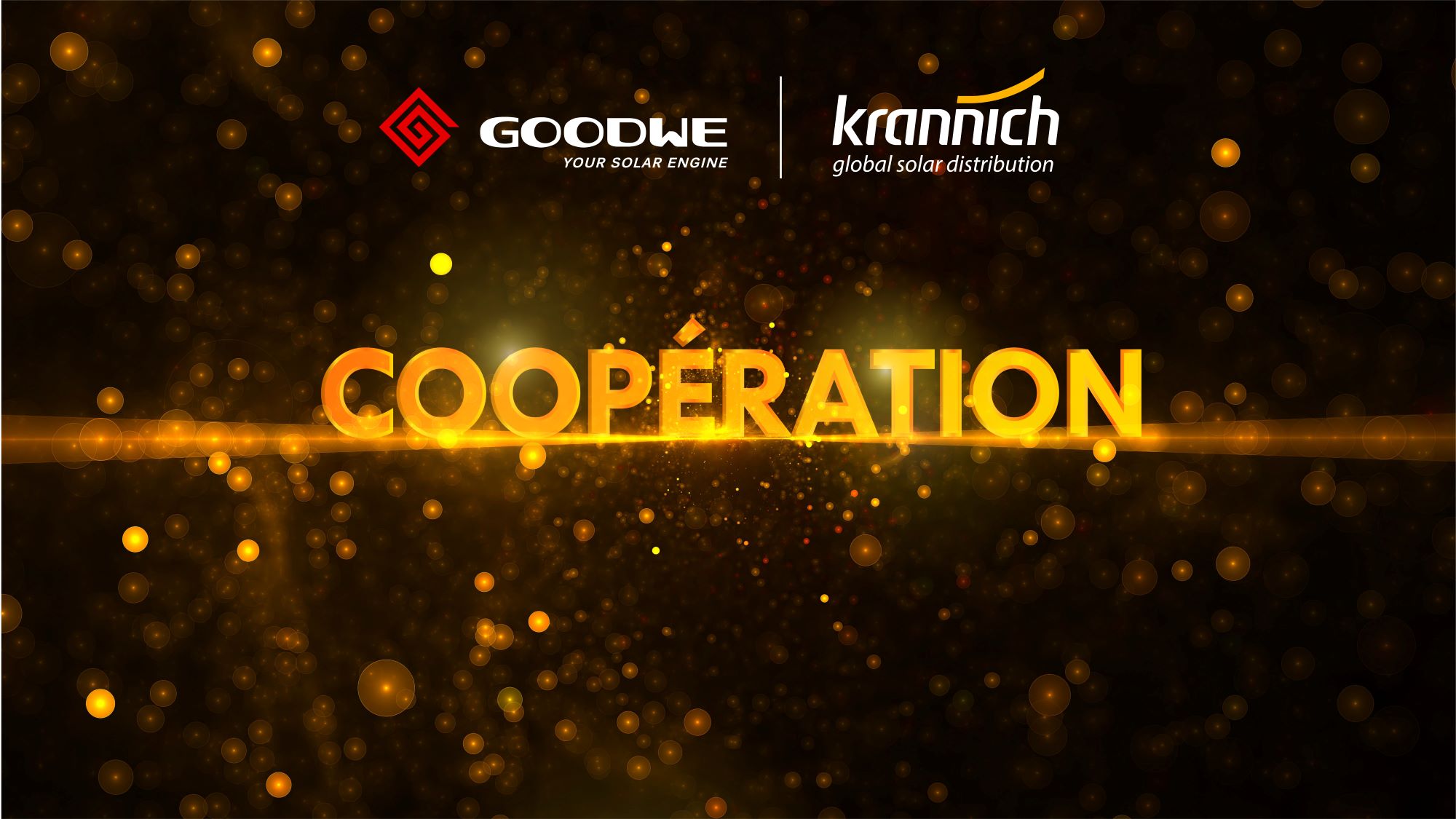 After successful cooperation in countries such as Australia, India and, since the beginning of 2020, most of the countries in Central and Southern Europe, Krannich Solar is extending its cooperation with GoodWe to the French market. With its extensive portfolio of string and hybrid inverters, GoodWe expands Krannich's product range with additional and attractive solutions for every need.

Krannich Solar France will offer the MT and HT series for the commercial sector and the XS series for the residential sector.
GoodWe offers a very broad product portfolio worldwide for different markets and needs. In recent years, the company has consolidated its key role as a flexible and reliable partner, able to offer suitable solutions in the residential and commercial sectors as well as in energy storage. In the cooperation with Krannich Solar, customers benefit from the direct collaboration with Goodwe.
"The cooperation between Krannich and Goodwe for the French solar market is an important step in the activities of both companies as the past months and years have proven that our general agreement is very successful and growing at a fast pace," says Sebastien Bordonné, Country Manager France of Goodwe EMEA. "Taking advantage of the already existing channels and communications, we will be able to offer our wide range of solutions to French installers."
"We are pleased with this new collaboration with the GoodWe brand which will allow us to expand our product range. We are convinced that GoodWe inverters will meet the needs of the French PV market," says Nelson Cortot, CEO of Krannich Solar France. "GoodWe is already an important partner for Krannich Solar in many subsidiaries and the cooperation on a French scale is a major lever for our market."
Krannich Solar has been a strong partner for PV installers since 1995 and offers everything that makes the market dynamic: well-founded advice, efficient logistics as well as a product range that makes them one of the global market leaders.
With a growing market share worldwide, the owner-managed company is one of the leading wholesalers in photovoltaics. The group employs more than 600 people internationally through its 25 subsidiaries.
As a public company listed on the Shanghai Stock Exchange, GoodWe is one of the world's leading manufacturers of photovoltaic inverters and energy storage solutions. (stock code: 688390)
With a cumulative shipment of more than two million inverters and an installation of 23 GW in more than 100 countries, GoodWe's inverters have been used on residential and commercial/industrial roofs and range from 0.7 kW to 250 kW.
With over 3000 employees in 20 different countries, GoodWe is considered the world's number 1 storage inverter company by Wood Mackenzie in 2020.
GoodWe has also been ranked among the top 10 inverter suppliers by IHS Markit and has won 6 consecutive TUV Rheinland "All Quality Matters" awards.
GoodWe sales contact
Sébastien Bordonné
Country Manager France & Morocco
Phone : +33 676 72 18 05
sebastien.bordonne@goodwe.com
Press contacts:
Krannich Solar S.A.S.
Cyrielle Alleon
Marketing & E-commerce Manager
185 Z.A, Le Lac, 07340 Félines, France
c.alleon@fr.krannich-solar.com
GoodWe Europe GmbH
Richard Kieber (Marketing France & Benelux)
Kistlerhofstrasse 170, 81379 Munich, Germany
Mob: +49 (0)162 79 56 357
richard.kieber@goodwe.com
PREVIOUS
NEXT