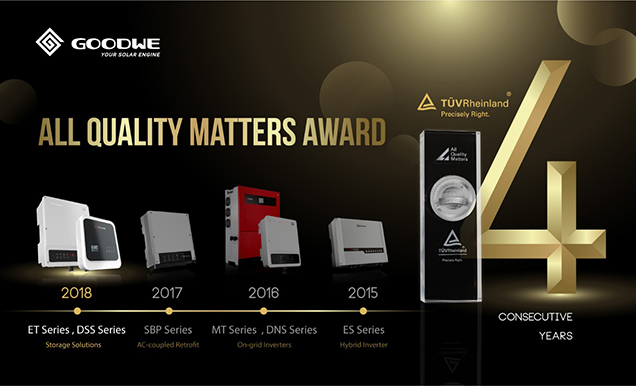 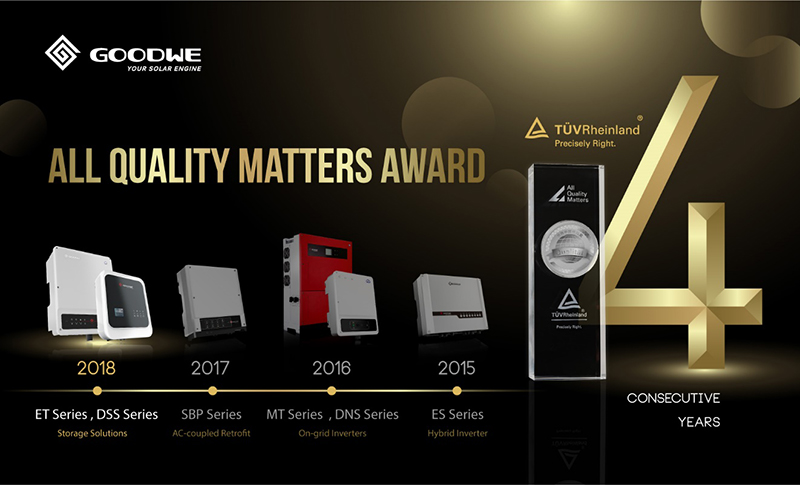 The evaluation process that preceded the decision for this award was arduous and for this edition, Rheinland sampled and started testing one year ago, only concluding its report in March of 2019. Due to its objectiveness and impartiality, the TÜV Rheinland's All Quality Matters Award has become over the years an important reference point on a global scale and being a recipient of this influential award is highly regarded in the whole of the industry.

Over the years one of the strengths of GoodWe has been the high quality of its residential inverters, allowing the company to rank No.1 supplier of the segment in Chinese domestic market and top brand in major PV markets which also be awarded by EuPD Reaserch. The GoodWe DSS is an on-grid residential inverter with hybrid-ready function and as part of this evaluation it was tested against the competitors' products on the five categories of efficiency, output and input capability, power quality and thermal stability, coming first on the below parameters and becoming the undisputable champion of this year:

Apart from its strong performance, this series was also awarded with the prestigious Red Dot Design Award for its beautiful aesthetics and user-friendly design with a color touch screen LCD display. And it is in-built with Connector Temperature Sensor and Arc Fault Circuit Interrupters (AFCIs) which provides high-level safety. 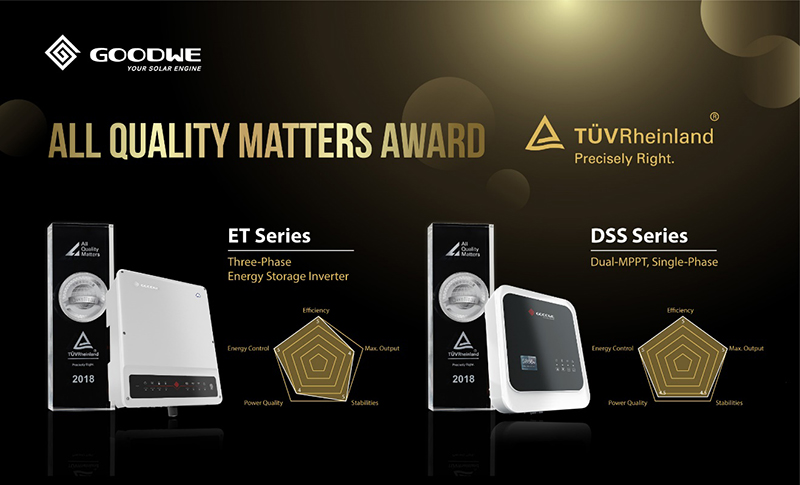 The three key features of the ET series that stood out were its 30% oversizing ratio on the DC side, its outstanding and unique UPS function and its strong compatibility with several brands of high-voltage battery brands, including BYD.

At the ceremony award, Mr. Huang Min mentioned that all over the years and despite the challenges, GoodWe has always seen delivering high quality inverters as its most important competitive advantage and its main contribution to the ongoing energy transformation. GoodWe would like to express its appreciation to its customers and partners for their continuous support and for sharing all that valuable feedback that has helped us to keep improving our products.